Mob’s collection no. 5 started as a manifesto to join, in a more active way, the fair trade market as well as the urge to produce products manufactured with eco friendly processes and materials.

The Cortés tables are the outcome of a series of exercises that were made on a graphic level, which resulted in three tables suitable for bold people.

Each Cortes table will be different for the selection of the marble plates will constantly change. Every piece is chosen depending on the shape and context of the table. 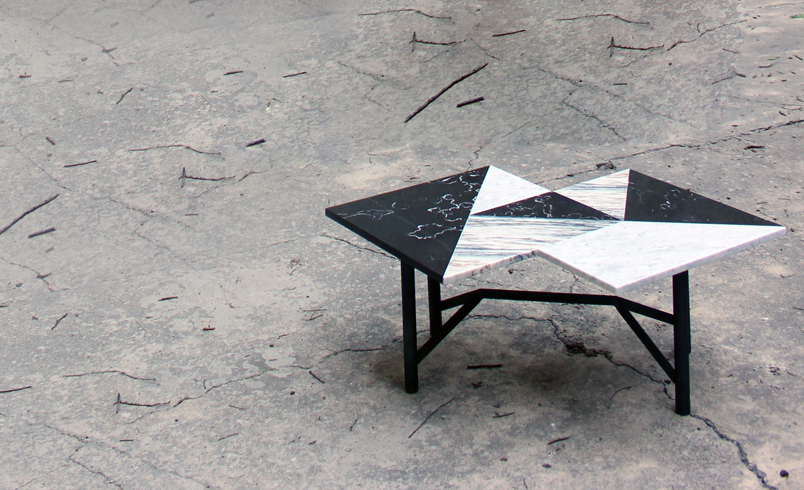 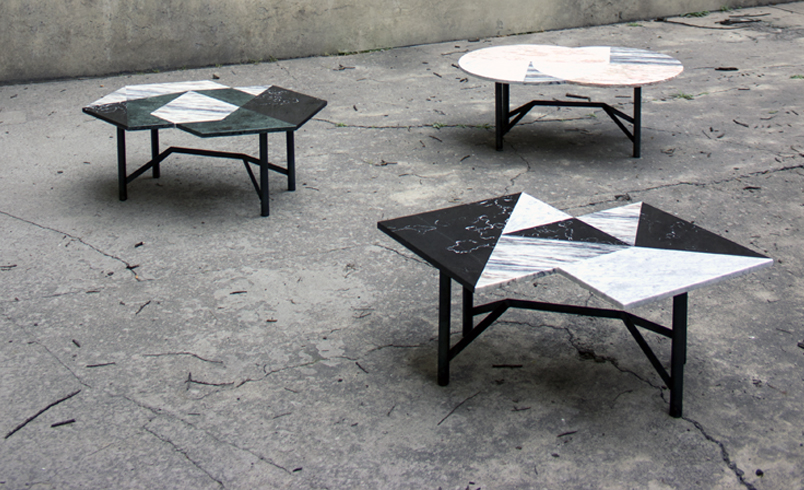